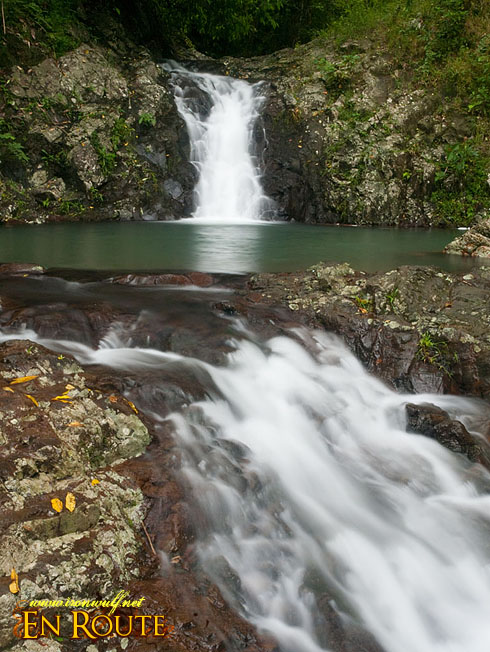 It took us almost an hour to reach the town of Sta Cruz coming from Torrijos. We headed into the market area where we also passed by the main Jac Liner station there. We saw the bus we rode already parked. We had a hearty lunch of sinigang with fresh fish and good ol’ home cooked pork chop and calamares at one of the carinderias there. Followed by a serving of ice cream nearby. With afternoon closing midway, we moved on to explore some of the town’s attractions. 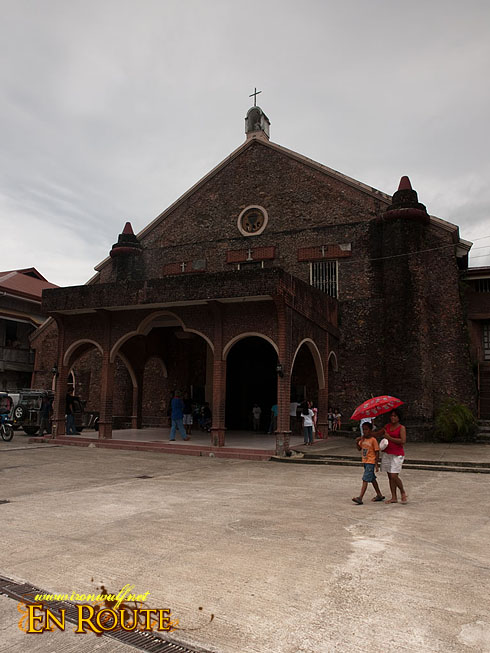 One of the main attractions of Sta Cruz, Marinduque is its impressive old church. The Sta Cruz church is the oldest church in the island of Marinduque built in 1714. It has an impressive Filipino-Hispanic Gothic design. Quite a different design from what I’ve usually seen on other churches. Inside the altar is elegantly designed but at that time, renovations were being done. At the time a series of funeral services were being held, making it hard to take photos of the structure properly due to human and transport traffic. The drizzle also didn’t help in taking some photos. 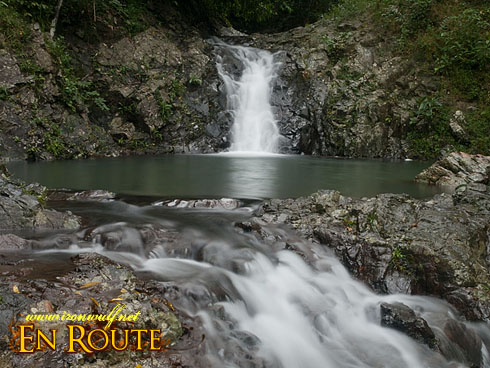 We were told there were 2 falls found in town. Originally, we were looking for Paadjao falls. An impressive cascade falls which I visited years ago but somehow don’t remember where. We decided to check out the nearby falls first. The first and nearest one we found was disappointing since it was obviously developed. We decided to forego the other one and told our driver to take us to Paadjao Falls which incidentally our driver also has no idea where. They asked around and we were led to another falls, quite a distance from the town proper. 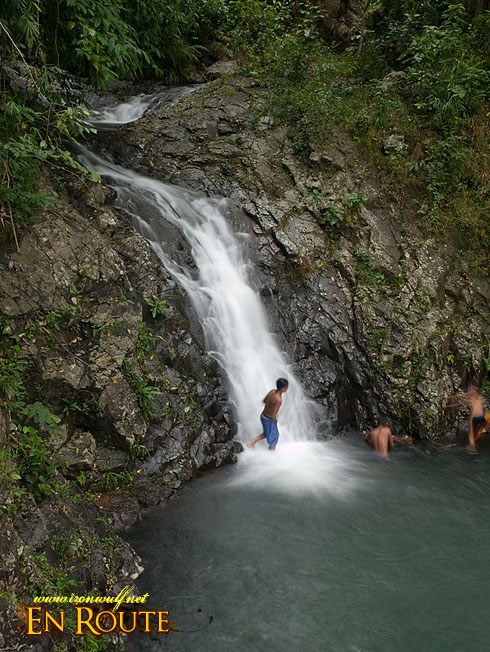 I was trying to remember if this was the trail I went before since it’s quite similar. But when we actually got there, we saw a roofed and developed area with a sign of Kawa-Kawa falls. It wasn’t the falls we were looking for. But since time’s a bit short and we met Kapitan Romulo Rogelio there. He’s the Captain there in Bangcuangan where the falls is located and he was enthusiastically telling us how he developed the area so we decided to check it out. It was a short climb to where the main basin/pool can be found. It was a pretty small falls bu the basin was ideal for swimming. Hence it’s name “Kawa-Kawa” which also means “Kawali” There were already a number of teens and kids swimming there but Kapitan asked all of them to clear the area for a while so we could take pictures. I guess he also wanted the place to be known. 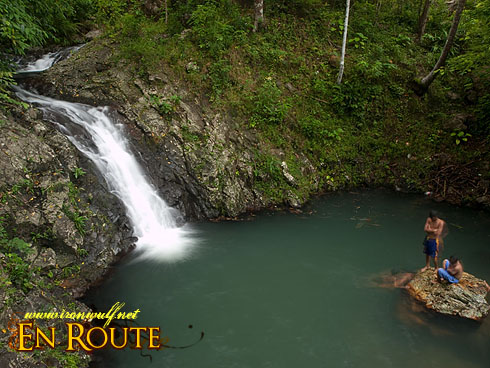 It was nice but not as impressive as Paadjao Falls as I remembered. I was disappointed seeing some plastics and chip wrappers lying around. After sometime of taking photos, we advised Kapitan regarding garbage control. Even if there are people who are scheduled to clean the trash in the area, it’s better to educate the visitors to take the trash along with them when they leave. It’s much better to minimize the garbage in the area. Kawa-kawa falls is a nice little falls that should not be neglected.

We spent quite some time there that the afternoon is soon coming close. We sped off from the town to head back to Gasan and hopefully be there in time before the sunset.