Corregidor Island is a fascinating destination close to Manila. It’s replete with history in all corners, magnificent ruins as testament to the island’s former grandeur and nature that thrives. I’ve talked about Corregidor Island before as our macabre version of an ancient ruin (like the Angkor Wat) but this time we go deeper in the dark recesses of Malinta Tunnel and learn the story hidden in its pitch-black environs. With our friends from Columbia Sportswear Philippines leading the way to test the cool factor of their Omni-Freeze Zero technology, I found myself venturing to the island again to discover more.

END_OF_DOCUMENT_TOKEN_TO_BE_REPLACED

The challenge was to reach Vigan in the quickest way possible coming from Sagada. The original plan was to go directly westward plying the Sabangan-Cervantes-Tagudin road from Halsema Highway, but as it turns out, even after a year, the bridge construction over the river cutting through Cervantes was not finished yet. The first alternative was to go back to Baguio then Vigan which would take a grueling 11-13 hours ride. Our driver and co-navigator did ask around while we made a stop at Abatan and found out we can avoid that bridge by going through the Mankayan-Cervantes-Tagudin route instead. We took this dare and preferred this unfamiliar route. Everyone seemed excited with this adventure detour, even I, when I realized we’re passing through the historic Bessang Pass National Park where probably the most difficult battle in the Philippines World War II history was fought against Tumoyuki Yamashita.

END_OF_DOCUMENT_TOKEN_TO_BE_REPLACED

I must admit, I’ve been putting off visiting Corregidor for years now. I’ve been to places far-off Manila yet I haven’t been able to set foot on this island which is basically an hour away by ferry. Maybe I wasn’t too convinced seeing island ruins bombarded during the Second World War or even the somewhat high price tag for a destination so near. But my perception changed when I finally got to visit the island. I think the place wasn’t marketed enough as Corregidor Island was more intriguing than I thought it would be.

END_OF_DOCUMENT_TOKEN_TO_BE_REPLACED 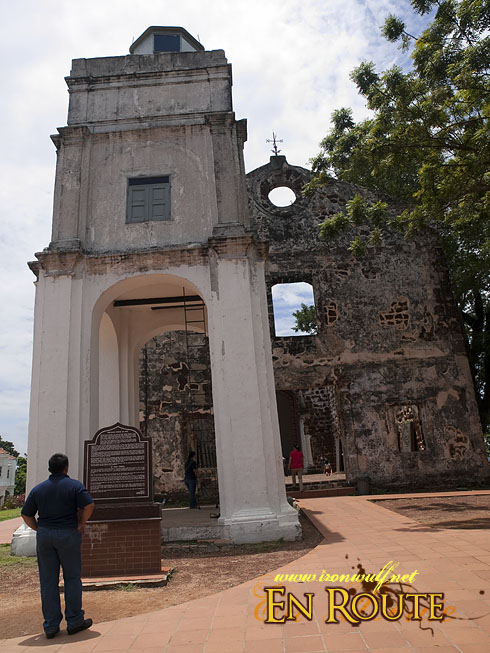 We found ourselves up hill continuing our walk from the Studthuys Square. We could feel the sea breeze coming in as we walk the hill. It was refreshing as it dampens the humidity a bit. From the hill we could see the parts of Malacca heading to the sea. I remember Marie telling us that most of the lands here were reclaimed. Originally, the sea shore reached up to the main road near the hill.

END_OF_DOCUMENT_TOKEN_TO_BE_REPLACED 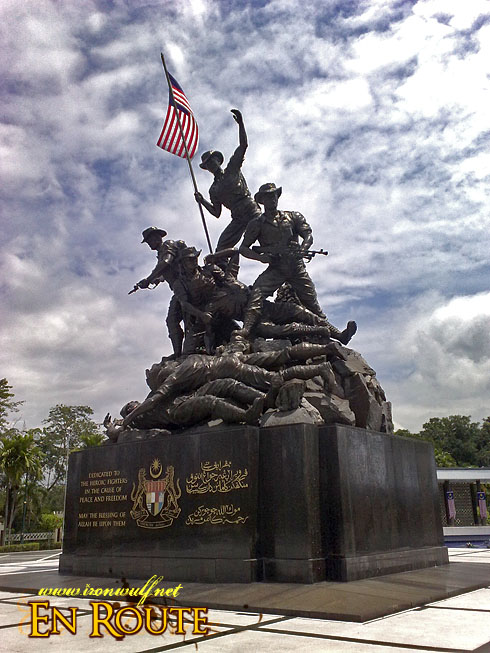 Emerging fresh from the underwater world of Aquaria KLCC we were brought to a couple of Malaysia’s significant national sites – the Istana Negara and Tugu Negara. The word “Negara” actually means “nation”, hence the former is the National Palace also known as the King’s Palace and the later is the National Monument.